The use of mobile phones for kids under 7 is an issue that has been debated for a long time. The use of Cell Phones on children can cause various types of physical, mental and social damages to the child’s life. Furthermore, this habit may lead them to other bad habits such as addiction towards unhealthy activities which will have a major impact on their life in future too. Thus it is important that parents should take care about this issue and try to avoid the use of mobile phones by children who are below 7 years. In current times mobile phones are easily available to almost every youngster. Every individual in the home has a mobile phone in hand. Due to the advancements in technology and business the companies are producing the smart mobile phones at cheap rates which is not difficult to buy for anyone.

In this article I am going to mention some reasons why the use of mobile phones must be banned for kids under 7 years. 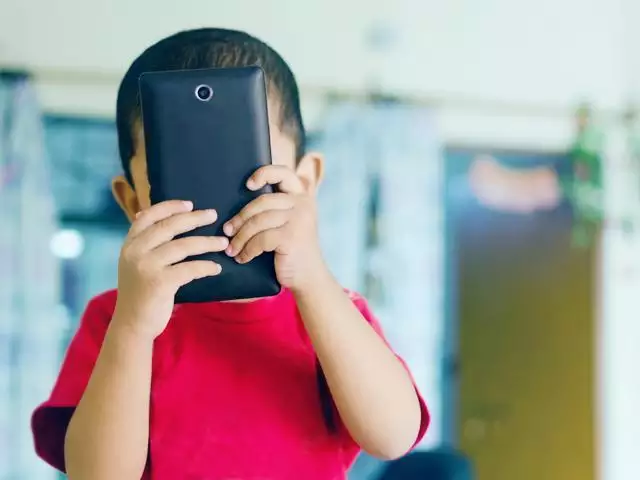 Use of smartphones ‘a concern’

The use of the mobile phone is increasing day by day and it is very harmful for children under seven years of age. This can cause damage to both children’s mental and physical health. Mobile use in early ages causes mental disbalance, loss of concentration power, lack of focus and much more.

The use of smart phones has been a big concern for parents. It is not only harmful to the adults but also to the kids who use them. Attachment to the mobile screen can cause damage to their brain and eyes if they use it before 7 years of age. It will lead to loss of attention, laziness which is very bad for their health. So parents should be aware about this issue and take necessary steps in order to save their kids from the use of mobile phones in the under 7 years age group.

Nowadays, the use of mobile phones has become a necessity to the people who use it for information and communication purposes. It is not easy to avoid its use by saying no due to technological advancement in every field. It has its own importance in the current age which cannot be denied, but we should also think of its use for our kids who are in early ages and in their grooming stage which is more important for us to address.

Damage caused by use of Cellphones in children under Seven

The use of mobile phones can badly affect the development of the brain in children and they cannot use it at their full capacity.

It affects sleeping patterns, eyesight, memory capacity, fatigue, and social life. Its excessive use in children causes the production of micro events in their minds which they become addicted to.

Humans want pleasure in every stage. Each activity to get some pleasure creates a micro event in the mind which generates the Harmons in the brain. Now these Hormones are of two types. i.e. Dopamine and Oxytocin. (Dr. Javed Iqbal)

Dopamine is the force which drives humans to seek pleasure. These Hormones can be triggered by getting some means of artificial pleasure or the activity which doesn’t involve some physical bond with someone i.e. use of mobile phone or screen etc. Dopamine may cause addiction and may bring some bad habits and activities.

oxytocin is the chemical which is generated when humans bond with somebody. It makes humans have a strong bonding with someone or something. When we give some time to our kids and get them involved in some physical game or exercise, it will trigger oxytocin which is a good Harmon and this will result in good mental and physical health of a child. He or she will not get involved in bad habits.

Kids use smartphones to stay busy, not because they’re hyper. This is a myth; using smartphones to keep themselves occupied has become an activity that makes them feel good and provides diminishing returns.

We often think that our children get pleasure using mobile phones but we should keep in mind that the use of a screen to get pleasure produces a chemical called dopamine which is not good as it has negative effects ahead, leading to addiction. If a child gets bored by playing a video game or watching videos, he gets involved in that and demands more and more in order to get himself satisfied. Eventually he will become addicted to it which leads to depression and frustration and involve in some other bad habits which are very dangerous for his physical and mental health.

Children need the attention of their parents and elders. If they don’t find it in them, they are more likely to be attached to the artificial or screen addiction to find pleasure. As we should know physical activities generate a micro event in our mind which produces a good chemical called oxytocin stimulating the brain’s cells in the form of pleasure. We should play with our children three to four hours a day or get them involved in some physical exercise to make them happy.

The use of mobile phone for kids is very dangerous which should be strictly prohibited. It gives radiation (emission) to the kids and also affects their eyesight, which will be permanent in most cases. Emissions near face or head can cause cancer in future if continued. Excessive use of smartphones can create suicidal tendencies, depression, anxiety, physiological illness and affects social lives. The use of mobile is injurious to health in all aspects like emotional, psychological and physical.

In the beginning, the computers were not easily available to the public but due to the advancement in technology and race in business, the companies produced the small and cheap smart ICs in the form of Desktops, laptops, palmtops and smartphones which are now in range of almost everyone and we can expect more to come in coming days. All this stuff should not be used for other than information and communication purposes.

Violent games, radiation from devices near faces and heads, and social media interactions are all things that can have negative effects on a child’s development. For this reason, parents should take extreme caution when allowing their children to use any device with screens to help protect them from fatigue or illness later in life. Mobile phones are a boon for human beings but excessive use of them can be harmful to mental as well as physical health. We must use it properly, carefully, and in need. it must be kept out of the reach of the children who are aged under 7 years.